The ‘Underground’ Died a Long Time Ago

The ‘Underground’ Died a Long Time Ago 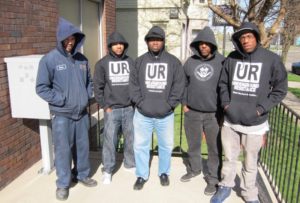 What’s the quickest route to depression in dance music? For an anytime, anywhere solution, head straight to a dance music comments section debating the term ‘underground.’

The latest story to attract the negativity and ire of dance music’s bitterest commentators is news of Underground Resistance teaming up with Carhartt on a new UR line of clothing.

The legendary and often balaclava clad Detroit collective became unwitting posterboys for ‘underground’ dance music in the 1990s, fervently rejecting the mainstream movement of the time to push their own musical ethos.

In 2017, however, news of their Carhartt partnership attracted a barrage of criticism online.

“It’s a complete betrayal of the ethos that they built their reputation on,” wrote one person on a forum. “UR. A sell out,” wrote another. “This is fucking awful, like beyond a joke. Shits on some of the most distinctive things they were about,” railed a third.

Many artists and fans quickly jumped to the defence of the group. A member of Underground Resistance, Mark Flash, posted to argue that “[Carhartt are] considered work clothes for most of us here in Detroit. I can almost guarantee that Mike is wearing Carhartt right now at this moment.”

Storm in a UR cup? Certainly. But the debate asks interesting questions about the validity of the term ‘underground’ in 2017.

Is there really such a thing as a true ‘underground’ scene in dance music in the digital age? ‘Underground’ used to denote musical genres beyond mainstream culture. It is a term attributable to a time when music was divided between those releases that rode in the upper echelons of the charts, and everything else that dwelled in the cultural catacombs beneath.

In 2017 however, the same divide is no longer clearly identifiable.

In the 1990s, ‘underground’ used to mean travelling to your nearest independent record shop and searching out a physical copy of a vinyl, perhaps based on reading about the track in a chart, a tracklist or a fanzine review. You had to dig deep to find the record. Maybe even cross the Atlantic to buy a physical copy, like many early house, techno and hip hop fans used to do. Many European DJs discovered seminal clubs like the Paradise Garage or Twilo during shopping trips to New York to buy new vinyl or trainers unavailable in the UK.

Whether you were into ‘underground’ music or not, often came down to coincidence. You had a big brother who collected rave tapes. Or a sister who took you to a gig that changed your life.

These days thanks to the internet economy almost everything is instantly accessible in some form or another. If it’s not in a download store, it’s available to buy second hand on Discogs. If it’s not available to buy, there is a good chance it has made it onto YouTube or a digital streaming service. If worse comes to worst, it’s logged in a discography somewhere and waiting in a lock up for you to ‘blind buy.’

The term ‘underground’ used to be defined by accessibility. The only limitation now is your own thirst for discovery. If that thirst is great, the world is your oyster, albeit via a well executed Google search.

The term also means wildly different things to different people. Vinyl only obsessives may scoff when tech house fans call their music underground. Discogs second hand obsessives scoff at vinyl fans for buying new music. Where does the chain end? Perhaps somewhere in the world, true ‘underground’ is a music concréte fan with a recording of silence for a track they decided not to record, for a release they decided not to put out because they deemed it might perceived as too mainstream.