Ten of the Best ‘The Bunker’ Tracks

Ten of the Best ‘The Bunker’ Tracks 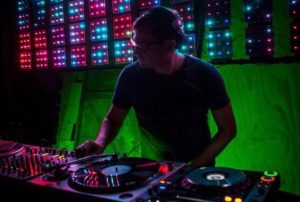 Ten of the best records from one of our New York favourites, ‘The Bunker.’

New York’s The Bunker is one of the world’s most important techno institutions. It celebrates 15 years of parties this January, an impressive achievement considering the club opened during one of the worst periods of New York’s clubbing history as city officials attempted to squeeze the life out of its once seemingly immortal clubbing scene.

From those early beginnings of merely dozens on the dancefloor, it has blossomed into a champion of experimental sounds and one of the country’s most influential techno parties and labels. To celebrate, founder and curator Byran Kasenic has compiled a three hour collection of new tracks by the outfit’s tight knit family that is set for release in February.

If you can’t wait that long, we have selected our favourite ten records since the label began in 2013 to showcase the sounds that have made it one of the world’s most vital techno outfits.

Donato Dozzy and Neel reunited on their esteemed alias project for a sublime EP.

Both sides of this release from the Brooklyn synth experimentalists are killer but this B-side just peaks it for us.

Master of many aliases Uwe Schmidt delivered two searing cuts for this EP.

The Italian master of trippy sonics smashed this EP but the buzzing synths and thundering breaks of this particular track slays every club it is played in.

Japanese Discogs collectors fret over this immense EP from one of their fellow countrymen.

Acid scientiest Tin Man and NYC’s Gunnar Haslam recombined to great effect as Romans on the ‘Ambulare Aude EP’ from which this EP was taken.

Newcomer Cudmore scored a massive EP for the label last year and all four tracks were killer, but this one was tipped by acid specialist Mike Servito as his favourite track of 2016.

Reagenz are Move D and Jonah Sharp and this was taken from a 75-minute set recorded at The Bunker’s tenth anniversary party in 2013.

The composer and sculptor Aaron Taylor Kuffner is probably better known for co-creating the Gamelatron project in 2008, the world’s first fully robotic gamelan orchestra, but on The Bunker he’s best known for trippy head melters like this.

Turkish born Brooklynite, Mehmet Irdel is also an artist and graphic designer but we love him for brooding techno like this.

Marco Shuttle ‘Marching on the Rings of Saturn’

This 2014 belter from Italian in London Marco Shuttle is like a subway train thundering at 200 miles an hour underneath the bowels of New York.