Is Tech House the New EDM?

Is Tech House the New EDM? 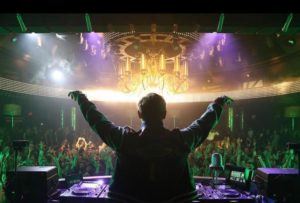 EDM fans have grown up. Their next logical progression? Tech house.

Whether you love it or loathe it, big things are afoot with tech house. Earlier this week, Las Vegas casino/hotel Wynn Las Vegas announced Jamie Jones, Solomun and Black Coffee as the new residents for their XS nightclub under the banner: We Are The Future; as good a hint as any, that the tectonic plates of dance music are sliding once again.

Let’s put that into context. For the past decade, Vegas has been an EDM town. The club scene has been dominated by superstar residents such as Tiësto, Martin Garrix, Calvin Harris or Armin Van Buuren, but now with the winds of change whistling through the city, it looks like America’s capital city of excess is about to dance to a different tune.

It’s not the first time house or techno DJs have played Vegas of course. But for one of the key EDM clubs in town to depart from their usual resident soundtracks in favour of tech house, it is a hint of where things are going, and not just in the Nevada capital, but in the USA as a whole.

You need only to look closer to home at the scene in Ibiza to spot the seeds for this paradigm shift. Clubs like Pacha and Ushuaïa, have been gradually phasing EDM out in favour of tech house DJs over the past few years. As EDM continues to fizzle out, stars of the genre like Eric Prydz are beginning to slow down their BPMs and LFOs to music that has more in common with tech house than the blitzkrieg basslines of Skrillex or DeadMau5 in the early 2010s. And most crucially telling of all, Beatport reported last year that tech house had budged over EDM to become its biggest selling genre.

For EDM fans and music industry execs, there’s a lot to like about Tech House. Both genres have many similarities. The most glaring are the role of superstar DJs and the importance of the drop. Few other genres place so much importance on the bridges of their tracks as EDM and tech house. From clattering snare rolls to fizzing white noise swells, producers often throw the studio kitchen sink at this pivotal area of a tune.

Tech house’s ever increasing reliance on the drop is a direct influence of the stages that many of its key protagonists find themselves playing every weekend. When Jamie Jones and Lee Foss started Hot Creations in 2010, the vibe of their first few releases was heavily influenced by the small clubs and cosy, private afterparties the DJs were playing. Pitched down house and disco provided the key influences, but when the audiences at their gigs mushroomed, they found themselves being booked to fill bigger and bigger spaces. The demands of these stages required the sonic theatricality to match the ice cannon blasts, leading to bigger breakdowns, and faster BPMs.

As tech house and EDM begin to trade places in 2018, it’s inevitable that tech house’s current stars like Jamie Jones or Patrick Topping are about to hit the same stratospheric heights that David Guetta and Tïesto reached a decade ago.

After several failed attempts to finally conquer the USA in the 80s or 90s, dance music finally found a route to the country’s mainstream via EDM (one of dance music’s greatest ironies considering the country’s role in creating disco, house and techno in the first place).

Now the infrastructure and the fan base is there. And now the media moguls and the attention of the major label record execs and investors has been gained, it’s a good bet that tech house’s biggest stars and labels are about to blow up even bigger than their wildest dreams. And it all starts in Vegas.