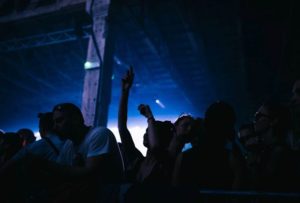 Belgrade is one of Eastern Europe’s clubbing meccas, an early adopter to acid house and as any who have passed through it recently can attest, is fizzing with energy.

For the next in our series of features where local experts tell us about their scenes, three of the city’s main players, promoter Igor ‘Pookie’ Puljic, local raver Milos Tomin and TV music journalist Katja Radojkovic pool their thoughts to tell us what’s happening on the Serbian capital’s buzzing club circuit.

Ibiza Voice: Can you start by telling us some history of the scene in Belgrade?

Puljic/Tomin/Radojkovic: Even though it was a capital of a former communist country Yugoslavia, Belgrade’s night life has always been alive. Despite the wars and complex economic situation of the past few decades, the city’s club scene never suffered as much as one could have expected and has always been up to date with western trends.

The first proper DJ club in Belgrade with decks was opened in the early sixties by music lovers and enthusiasts Lazar Secer, the host, and Sava Radosavljevic, the DJ. Over the following decades there were lots of clubs and a few milestones that would change the history of Belgrade clubbing forever.

The student run, Akademija, was one of the first clubs in Europe to throw acid house parties in the late 80s. Soul Food Cafe was the first acid jazz and house club in the region, while Bosko Buha was the first dedicated house club to play nothing but electronic beats for three nights a week from 1989 onwards. The most significant influence on Belgrade’s techno, trance and house scene was made by Industrija, which started in 1994 and lasted for seven years.

How is the scene now in the city now?

The club scene has never stopped expanding since the early 90s. Minimal, tech house and techno are the strongest club genres for the last two decades. Somehow particular sounds like big room trance or EDM never got too big in Serbia probably because of the local DJ’s particular tastes in music.

What are the main clubs these days?

20/44 is the only Belgrade club to be featured in the New York Times on three separate occasions. Its music policy is eclectic but mostly nu disco, house and techno. It is a riverboat and 100% underground in nature. Internationally renowned DJs TijanaT and Vladimir Ivkovic hold monthly residencies there, alongside the legendary DJ Brka.

The venue that used to be home to Soul Food Cafe is now a small underground club called DOT. It’s musically house, tech house, techno oriented with some new local and foreign talents, as well as some old school players every once in a while. See some of the newcomers here before you read about them online!

Barutana is an open air club operating during summertime, inside the 14th century Fortress of Kalemegdan. It’s a unique environment with an early summer sunrise that has made so many memories for its visitors over the years. John Digweed, Paco Osuna, Monika Kruse, Chris Liebing, Yousef, Nic Fanciulli, Patrice Baumel have all recently played.