The Last Days of Tech House?

The Last Days of Tech House? 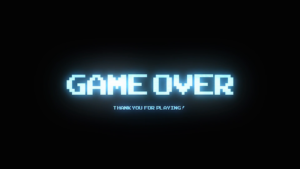 Tech house hasn’t always been a dirty term. There once was a time when it was the most exciting new sub genre of the day. A time when the raw and unadulterated passion of house was combined with the sleek sci-fi fantasies of techno to make for a perfect middle ground that keep you dancing for days. Coined by Nathan Coles, Terry Francis and Eddie Richards to describe their celebrated nineties club night, Wiggle, the genre was still going strong into the new millennium—look no further than Craig Richards and Lee Burridge’s landmark mixes as Tyrant for proof of that. But now, in 2018, it’s become the preserve of vest wearing ‘roid heads across from the UK to Ibiza, and the Pure Tech House compilations are front and centre of Asda’s CD section.

We’re not the only ones to notice. Nick Curly—himself a key figure in secondary waves of tech house thanks to establishing the Mannheim sound with his labels 8Bit and Cécille—recently dropped some home truths on his Facebook. “My god there is absolutely terrible tech house being made at the moment,” he said, quite rightly. Tracks such as this one are a perfect case in point. With its obvious use of Faithless vocals and lead synth, claps straight from a sample pack and utterly plastic drum sounds, it couldn’t be more trite or tiresome. A quick look over the month’s ‘Best New Tech House’ on Beatport shows how endemic the problem is: there’s a lazy Fatboy Slim remix, tens of tracks with sweeping whooshes of meaningless white noise and plenty of cases where not a single thought has been given to any semblance of arrangement and instead, dull, dry loops rule OK.

A genre reaching this derivative state is nothing new. Once a sound has had its heyday in the underground, the wider world cottons on, wants a piece of the cool and apes what they’re hearing while adding very little of their own personality to the music. Before long, quantity very much outweighs quantity and the long, slow decent to the bottom begins. Eventually, a genre is wholly discarded for a good few years until the inevitable revival begins. It happened with dubstep, it happened with deep house, it’s happened with tech house, and techno is likely next.

A certain death knell of any style is crossover chart success, commercially available high street CDs or, more recently, appearing on flyers in Vegas. And that’s what’s happened with tech house, which is now replacing EDM as the sound du jour in super clubs such as Wynn Las Vegas, as we reported last month. But the good thing about dance music is that it never sits still. There will always be bedroom producers cooking up weird sonic experiments and clashing together ideas with no regard for the rules. Thankfully, then, the next micro-scene is never far away.