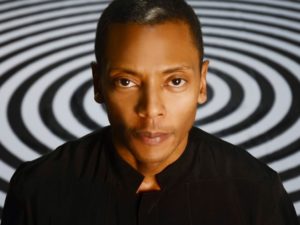 It’s no secret that Jeff Mills loves outer space. With album titles like Planets, A Trip To The Moon and Proxima Centauri it’s clear that the sprawling mysterious of the universe have long informed his music.

In 2017 he toured a new space-influenced concept, teaming up with famed Sci-Fi composer Guillaume Marmin, for their Close Encounters of the Fourth Kind live show.

Now he’s taking his love of space even further by creating a six-part radio series looking into everything from intergalactic theories to parallel realities, and he’s only teaming up with mither fucking NASA to do it!

Jeff Mills: The Outer Limits will debut on NTS tomorrow at 2PM GMT. The program will be written, produced and presented by Mills and will explore high-level space concepts and “the intricacies of time and space”.

The series will, of course, benefit from an excellent soundtrack of classical, electronic and jazz music all picked out by Mills himself. Each episode will be split into four segments and will feature original Jeff Mills compositions along with invited experts and world famous musicians to discuss specialised topics.

The first episode is titled Black Hole and will be available to stream here from 2PM tomorrow.