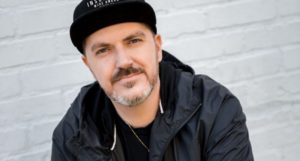 Known for promoting the likes of Electric Daisy Festival and other events such as Beyond Wonderland, Nocturnal Wonderland and Escape from Wonderland, Insomniac parties are some of the States’ foremost EDM events.

In a recent Facebook post, Rotella had the following to say about Insomniac’s plans for the year ahead:

“As 2018 kicks into gear, I wanted to take a minute to update everyone on some of the developments going down at Insomniac HQ. First, I’m super excited to announce that we’ve got a brand new logo to coincide with Insomniac’s 25th anniversary this year. I hope you like it. Also, new year, new fresh and clean website! I think we’ve made it easier for you to get the latest info on all our events, as well as discover new sounds in the Music section”.

New websites and logos aside, Rotella reserved the most exciting news for the end of his post, detailing the new stage designs for Electric Daisy Carnival Las Vegas as well as activities for Camp EDC. By the sounds of things, it’s sure to be another momentous Insomniac event..

“EDC Las Vegas is going to feature a COMPLETELY new stage designs for kineticFIELD, circuitGROUNDS, neonGARDEN, bassPOD, and quantumVALLEY, which is getting an open air style production this year. If you’re staying with us at our first-ever Camp EDC — or if you’re thinking about it — stay tuned because we’re about to drop details on more activities and amenities, including a full map”, continued Rotella.

So there you have it. If that’s not enough to whet your appetite for the forthcoming festival season, then we really don’t know what is!