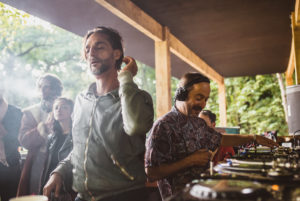 After last year’s hugely successful debut, Houghton is back with a killer lineup for its second edition.

Plenty of new names have been added to the mix including Perlon’s Zip, man of the moment Objekt, Call Super, Shanti Celeste and many more to perform between August 9-12.

Promoted by the same team behind Gottwood festival, the promoters have outlined that this year’s festival will be “sticking to the story with minor improvements and a strong belief in the initial concept.”