ERIC PRYDZ WILL RETURN TO HÏ IBIZA THIS SUMMER

ERIC PRYDZ WILL RETURN TO HÏ IBIZA THIS SUMMER 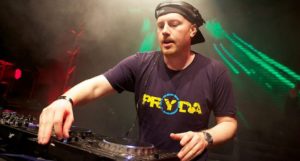 Eric Prydz is set to return to Hï Ibiza for summer 2018 taking over every Tuesday from 10th July to 25th September.

The Swedish star will be joined by recent Grammy nominees Camelphat and Pryda label affiliate Christoph, whilst room two will be manned by recent DJ Mag cover stars and Manchester DJ duo, Solardo.

Prydz will once again be bringing “a unique, site-specific stage” to the club for the weekly show, alongside the announcement of his all-new touring 3D spectacle, HOLO, that’s set to hit the UK later this year.

Hï Ibiza also announced earlier this month that the club will launch a new pricing structure in 2018, with Super Early Bird tickets to each residency staring at just €20.