DISCLOSURE CONFIRM THAT THEY ARE WORKING ON A NEW ALBUM

DISCLOSURE CONFIRM THAT THEY ARE WORKING ON A NEW ALBUM 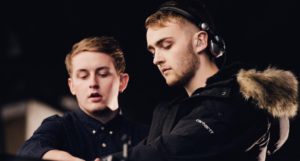 Disclosure have announced that their annual Wildlife festival in Brighton will not be going ahead as planned this summer as the duo focus their efforts on their third studio album.

“Being able to curate your own festival with your mates and invite legends like Nas, Ice Cube and Chaka Khan to play alongside amazing new talent such as Stormzy, Kaytranada and AJ Tracy, stack them up against a host of flawless DJ’s like Annie Mac, Jackmaster and Armand Van Helden and throw parties with Elrow is literally a dream come true,” said the duo via a Facebook post.

“However, with a busy recording schedule ahead as we embark on album number 3 we’re going to give the green grass of Shoreham Airport a break throughout 2018 and come back bigger and better in 2019.

“Thanks to everyone who attended the festival these last three years and gave us some of the best times we’ve ever had as Disclosure, we’re hugely thankful for the opportunity to share that with you, see you all soon.”

Disclosure took some time out a year ago after the release of their second album which didn’t perform as well as many had expected.

There’s no details on when the album might be ready but don’t expect it until 2019 at the earliest.