APPLE MUSIC REPORTEDLY OVERTAKES SPOTIFY IN THE US

APPLE MUSIC REPORTEDLY OVERTAKES SPOTIFY IN THE US 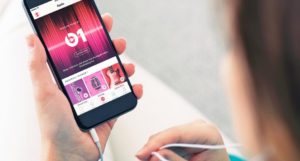 The streaming wars are warming up with the revelation that Apple Music has overtaken Spotify in the US, the biggest music streaming market in the world.

But don’t be fooled though, Spotify still has almost double the number of subscribers and is still the leading streaming service in several other major regions, including Europe.

According to the WSJ, Apple Music — which only launched a couple of years ago — has seen a huge increase in users, partly due to the fact it’s been preloaded on every iPhone sold since Apple bought Beats from Dr Dre for $3 billion.

It’s far from game over for Spotify, the ability to have the Swedish streaming service on a myriad of TVs, wireless speakers, game consoles and Android phones is still a major reason why many music fans choose it over Apple Music — and that’s not going to change anytime soon.

Apple does hope that with the release of its heavily delayed HomePod speaker range next week it will strengthen its streaming offering in this department.